Milk Thistle vs. TUDCA Which One Is Better?

Both milk thistle and TUDCA are used for treating liver conditions. While people consume both products as they are sufficiently available in a variety across the market, it is hard to decide between the two. Many doctors recommend their patients with one product considering the popularity or availability of one in the region. However, it comes to the accessibility and the final choice of the individual. Both products have their benefits and side effects, but having an in-depth analysis of the properties of each will help us compare and contrast between the two and decide which is the better for consumption out of the two. In this article for milk thistle vs. TUDCA, we will see options for how we can make our job easier this way.

Tauroursodeoxycholic acid, popularly known as TUDCA in the general population, is a metabolite resulting from the prescription drug called ursodeoxycholic acid. The TUDCA is, in fact, a secondary product of the bile salt that is secreted from the accessory organ of the body, the liver. As the bile salts produced within the liver go to the intestines, these are converted to the ursodeoxycholic acid or UDCA with the help of the bacteria present in our intestine that are a part of our gut biome for maintaining health. TUDCA is produced when the Taurine molecule is combined with the structure. The units that are associated with each other are commonly called as the hydrophilic bile acids. The TUDCA is indeed a common molecule of the bile acids in the Body. It is high in the bile acids of animals, such as bears. For this reason, many manufacturing companies extract the ingredient from the bears present in the countryside.

The component of bile acids in bears, TUDCA, comes with a lot of benefits for humans, including the following, a reason why these are commonly found in nutrition and pharmaceutical stores. 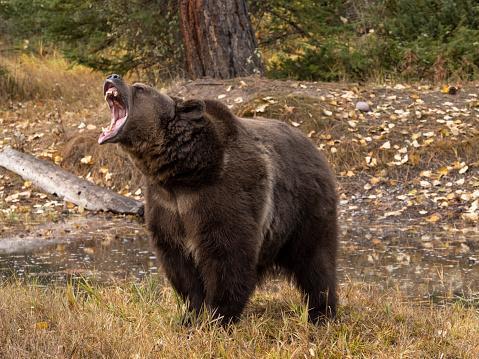 First and foremost, bile acid helps in restoring the normal body transporters for bile acid in the humans affected by liver problems or gallbladder complications. This process enables the regular bile juices in the body to flow in a healthy way through using these transporters. However, this is not the only result achieved through such a mechanism. The TUDCA also helps in the prevention of glucuronides in the Body. These are the steroids that are highly toxic for the Body and must be removed from the body. A scientific study conducted in 2003 represented that the TUDCA is, in fact, a non-competitive inhibitor of the toxic substance called as the glucuronide inside and outside cells or tissues of the Body in which it is present. It eventually means the metabolites made in the Body due to the process will be much lesser than usual. Eventually, the TUDCA helps in increasing the glucuronide excretion of the metabolites that get produced in the body. This way, there will be no metabolites in a time more than usual in the liver of the human body. Moreover, the TUDCA might also elevate the excretion of the metabolites of glucuronide that might get formed in the Body. This way, they will not be remaining in the liver for alleviating the levels of the transporters for the bile acid in the body for long.

One more benefit when discussing the milk thistle vs. TUDCA in the human body comprises the aid in the secretion of bile in the liver naturally. Some people might get deficient in bile production. This affects the Body’s natural ability to digest and assimilate the fats in the body. As a result, the body does not get the nutrition it needs from the metabolized fat. For that reason, taking TUDCA can help a lot as it helps in the production of the natural bile in the people affected by such deficiency of fat metabolism.

The product also helps in the reduction of body weight in overweight or obese individuals. This means that whatever fats we absorb in our Body get absorbed and assimilated completely by the bile salts, so there is no excess fat getting accumulated in the body. As a result, individuals in which the fat was getting accumulated because of the deficiency of bile salts are no longer accumulated now, and the person loses weight.

The secondary bile acid in the human body helps in the easy digestion of fats – it also helps the body to break down bad cholesterol while also encouraging the growth of HDL cholesterol. The product is therefore utilized for seeing good symptoms for cirrhosis. In addition, it also alleviates the prevalence of jaundice and other conditions related to liver enzymes.

Traditional medicine, with its roots in China, has been using the bile available naturally in bears for the treatment of a number of health conditions. This included problems related to eyesight as well. The ancient practitioners of the medicine have indicated historical notes from the art showing the natural bile from the bears, TUDCA, to be a cure for night blindness.

Milk Thistle is the other supplement we are focusing on while discussing Milk Thistle vs. TUDCA. The compound is known to hold high anti-inflammatory properties as it contains a number of antioxidants in it, such as Silymarin. Moreover, it is considered more popular in certain parts where TUDCA is not readily accessible.

Some of the benefits of the milk thistle are as under:

The main cause behind causing toxicity in the liver includes free radicals. These degenerative compounds damage the internal lining of the liver cells and cause inflammation in the area. To stop this from happening, antioxidants in a high amount can typically reverse the reaction and alleviate inflammation in the Body. For this reason, milk thistle serves as an amazing remedy in a number of regions.

The Body has its in-built antioxidants that fight against diseases such as glutathione. Milk thistle works by increasing the capacity of the natural antioxidant in the Body and make it functional for fighting the oxidative conditions on its own. 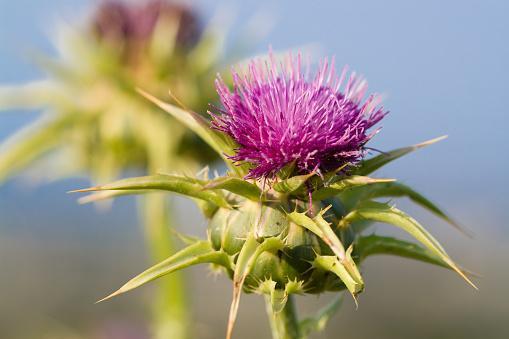 Our liver has an intrinsic capacity to regenerate after some part is cut, given the functional part remains intact. Considering the option, substances that are high in antioxidants help in the positive production of liver cells in the Body. Therefore, milk thistle helps in the production of the liver cells.

Considering the benefits of both compounds, both come with their own benefits, however, not both have the same influence on the Body, and the extent to which they produce these effects in the Body are also different. For a number of such reasons and capacities, in the battle of milk thistle vs. TUDCA, the latter comes with a more in-depth approach as it also intervenes in the transporters of the bile salts. Whereas, the milk thistle is more like a natural ingredient and comes with lesser chemical alteration than the other compound under discussion. This makes it a bit safer than the other in terms of the side effects it causes. However, there are a few restrictions when it comes to the consumption of milk thistle in pregnant and lactating women. 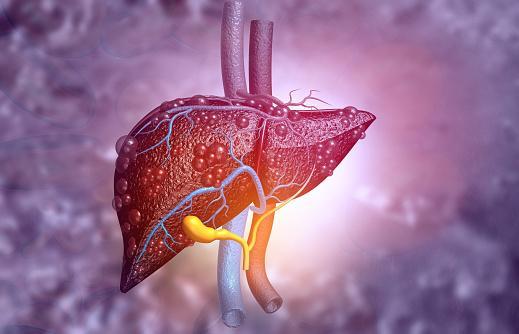 In terms of the discussion of milk thistle vs. TUDCA, as we talk about the effects of TUDCA on the liver and Body; overall, we can say that it has a lot more positive impact to the health of the person taking the compound as compared to the person who is taking milk thistle. Moreover, the side effects of milk thistle are not much on human health. However, it loses the race from its competitor, TUDCA, in terms of side effects as well as the latter barely comes with any side effects. Diarrhea is only observed in a sufficiently higher dose than usual. This makes TUDCA a sure winner in the battle. However, you could always go for milk thistle if you are looking for a more holistic approach.