Is Turmeric Good in Coffee?

Is turmeric good in coffee? Turmeric is not just a savory spice but a potent recuperative ingredient as well. Therefore, it enhances the taste of your everyday coffee and provides various health-supporting benefits, which makes it an excellent addition to coffee.

More than half of the human population does not start their morning without their regular cup of coffee. Coffee makes us alert and improves our cognitive functioning. This is why people often consume more than one cup of coffee a day. The hype around coffee keeps increasing over time and for a good reason.

Therefore, a lot of experiments have been done with this beverage to make it more suitable for people's tastes and preferences. Today there are numerous forms of coffee available such as Cappuccino, Latte, Expresso, and so on.

Multiple brands have also introduced different new ingredients to add an extra oomph factor to the standard coffee. One of the latest trends include the addition of turmeric to coffee, and this type of coffee is known as turmeric latte. Keep reading to find out more about this new talk of the town. 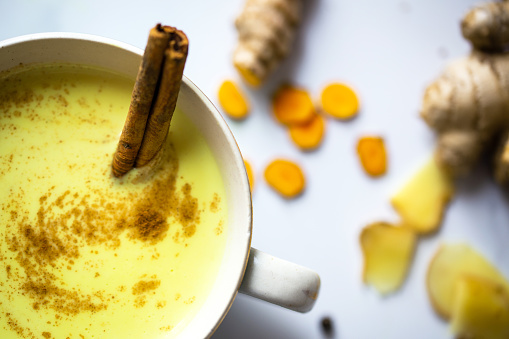 What are the Benefits of Turmeric in Coffee?

Coffee itself has various health benefits, and when you add turmeric to it, it only increases the overall useful impact. The following are some of the most beneficial effects of turmeric coffee:

Curcumin is the primary effective agent in turmeric, and it has the ability to counter multiple chronic inflammations throughout the body. Numerous medical issues, such as Crohn's disease, inflammatory bowel disease, rheumatoid arthritis, Parkinson's disease, and cardiovascular diseases, all arise from an inflammatory response of certain type. When eaten correctly and consistently, curcumin may help avoid such problems.

Turmeric is a powerful antioxidant which kills free radicals inside the body. As a consequence of air contamination, consuming refined and unsafe products, depression, and smoke, free radicals are created within the body.

They will induce accelerated ageing, numerous inflammations as well as cancer if allowed to wander unchecked in the patient's body. Curcumin integrates with these harmful substances and counteracts their effect. It further enhances the innate capacity of the immune response to fend off existing enemies when doing so.

The fruits and coffee seeds are high in antioxidants. Indeed, one analysis showed that coffee was the sole largest benefactor to overall antioxidant consumption. In other terms, coffee would, by far become the main producer of antioxidants.

The antioxidants present in coffee were nevertheless related to health safety. It has been consistently demonstrated that chlorogenic acid, a polyphenol prevalent in coffee, decreases inflammatory response, which could perform a crucial function in defending against persistent diseases, such as arthritis.

Our body becomes extra vulnerable to infections once its immune system is feeble. To support in clearing a blocked nose, this health-enhancing drink will alleviate cough and encourage mucus development.

Turmeric lets the immune response restore energy in its own battle against inflammation and pathogens. Since it is deemed an assist with digestion, it can relieve the severity of nausea that is usually related to flu.

Research suggests that coffee intake can defend against cancers, namely cancers of the ovaries, colorectal, uterine, cervix, and cardiac failure and Parkinson's disease.

Lifetime coffee or caffeine intake is often linked with mental deterioration reduction and a decreased incidence of stroke. Caffeinated coffee improves consciousness in contexts of mental function and may even boost the ability to recall.

Coffee has long been known for its weight reduction and fat-burning properties. The caffeine present in coffee speeds up the metabolism and aids in effective weight loss. Therefore, it is ideal for reducing weight. Furthermore, if coffee is paired with turmeric, then it can further boost the process of losing weight. 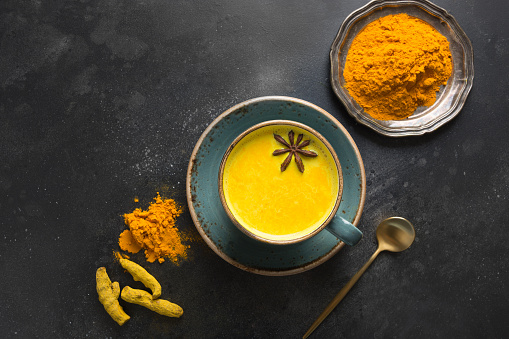 There are a variety of inflammations in the gastrointestinal tract which trigger severe wellness issues. One of the key factors curcumin is commonly used in cooking is that it makes the food regulate the digestive tract faster. It also assists in relieving constipation, indigestion, and gas.

One research from a couple of years ago verified what all of us feel conceptual: coffee is a cheerful drink. Coffee consumption was reported to be correlated to positive experiences, including gratification, generosity, compassion, fulfillment, companionship, peace, and contentment. The results have shown that there were no unpleasant feelings linked to coffee intake.

Research studies observed that increases in coffee intake reduced the risk of contracting diabetes significantly for every mug per day. Experts claim the potential explanations for the connection involving the antioxidant and anti-inflammatory properties of coffee, the capacity to improve fat melting, and the influence on health-enhancing gut microbiota composition and abundance.

Which can help you work progressively better in exercises, contributing to improved muscular development and durability enhancements. An analysis showed that muscular glucose reserves are being recharged quite quickly after intensive training, as sportsmen intake, both starch, and caffeine.

Upon vigorous training, the combination culminated in a dramatic rise in muscle glycogen in comparison with carbohydrate itself. This boost in energy stores improves the capacity to work out harder and faster when you are able to reach the required pulse rate.

Alzheimer's disorder is the most prevalent neurological disorders globally, and the primary source of dementia. Typically, this disease involves individuals older than sixty, and there is no established treatment. There are also many measures you could do to keep the illness from initially happening.

This involves real culprits, including balanced food and exercise, but even drinking coffee can be extremely successful. Many reports indicate that there is a substantially reduced chance for Alzheimer's disease in coffee consumers.

Parkinson's disorder is among the most prevalent neurological illness, only after Alzheimer's. It is triggered by the loss of the neurons that produce dopamine in your mind. As in Alzheimer's, there really is no proven treatment that makes working on symptoms even more relevant.

Experiments suggest that coffee lovers have a slightly lower incidence of Parkinson's disease, with a decrease in frequency. In this situation, the caffeine itself tends to be helpful, because there is no reduced chance of Parkinson's in people who consume coffee.

The liver is a beautiful organ conducting hundreds of essential activities. The liver is mainly influenced by many prevalent illnesses, namely hepatitis, hyperlipidemia, and plenty of other diseases.

Some of these disorders will contribute to cirrhosis, where chronic inflammation completely covers the liver. Surprisingly, coffee will guard against cirrhosis. Those who consume coffee have lower odds of developing this disease. 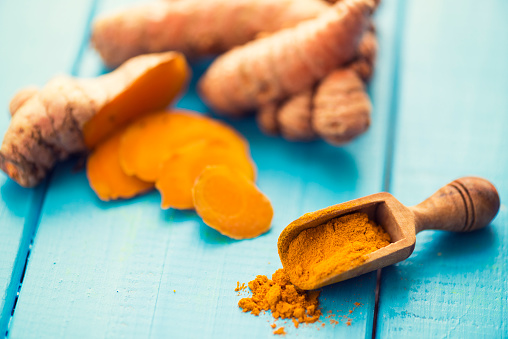 Caffeine has often been condemned for attributing to dehydration because of its diuretic impact, which causes loss of fluid. However, multiple new studies reveal that the body improves after around three days of steady consumption of caffeine, which invalidates the dehydrating impact.

The key is to stay constant in the consumption of coffee. You should try to have fixed cups of coffee at specific times throughout the day to avoid any adverse complications that include migraines and reduced energy.

Excess of everything is bad and increased caffeine - containing coffee consumption will make you anxious and trigger the following:

You must be wondering what the perfect amount of coffee to be consumed to make the most of its advantages while staying clear of any detrimental effects is. It is recommended that it is permissible to consume four to five cups of coffee per day, and four hundred milligrams of coffee does not cause any harm.

However, this guideline must be strictly adhered to as excessive intake can lead to overstimulation of the brain and different body processes that will lead to a harmful impact. Therefore, it is important to stick to the recommended dosage of coffee.

Coffee is an internationally famous product that offers a range of amazing health advantages. Your regular coffee cup makes you feel increasingly invigorated, lose fat, and boost athletic health, but it will also even reduce the risk of several disorders, such as diabetes, obesity, dementia, and Parkinson's disorder.

Coffee can actually enhance your lifespan. Do not delay to brew yourself a cup or more during the day if you love its flavor and handle its caffeine levels. Additionally, incorporating turmeric to this beverage would only improve its health benefits and render it much more convenient for consumption.