Is Turmeric Good for Autoimmune Diseases?

Prolonged autoimmune disorders usually result in joints becoming inflamed, sore, and rigid. Several observations have demonstrated the savory turmeric can help alleviate this affliction's inflammatory side effects. Turmeric is used in many foods, such as chutneys and sauces, but has a lengthy background of herbal medicine.

Scientific evidence implies that turmeric may deliver many benefits for human well-being. In specific, turmeric comprises a chemical named curcumin that has anti-inflammatory effects that can help individuals with treating autoimmune disorders.

That being said, when consuming turmeric supplementation, there are certain issues to remember, and patients with these illnesses must talk to their primary care physician prior to introducing this ingredient to their care plan. Therefore, we will address how turmeric can assist in the alleviation of autoimmune disorders and take a glance at what various studies suggest. 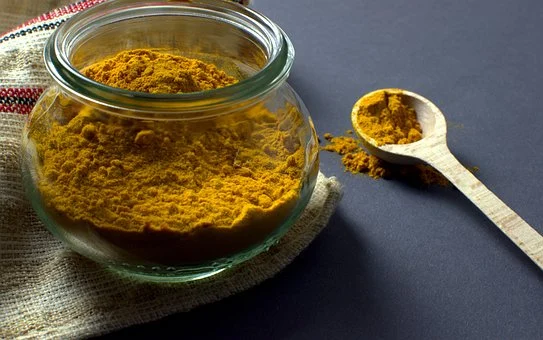 How does turmeric help with Autoimmune Diseases?

Currently, there is a lot of speculation about the healing properties of curcumin and appropriately so. Curcumin originates from a finely condensed turmeric powder. It serves a significant role in fostering a balanced inflammatory reaction, a strong immune response along with a stable aging cycle.

Curcumin prevents different autoimmune disorders by controlling the activation mechanisms for inflammation causing cytokines and nuclear factor kappa-B in the immunity of inducing cells. This prevents the body from inflammation, which is a major contributing factor in almost all the autoimmune diseases.

A detailed interpretation of the appropriate dosage, good protocol, and framework of intervention is needed to utilize curcumin in the therapy. This should be accompanied by a safe immune reaction without NSAIDs, including paracetamol or ibuprofen, affecting adverse reactions.

The transcription of chromosomes that control oxidative stress, which is a significant variable in those with autoimmune diseases, can be positively impacted. Compared to glutathione, also high-quality curcumin doses are not fully ingested and sometimes synthesized by the liver on being consumed, which is why those doses of curcumin that are soluble in fat are mostly encouraged.

Although curcumin normally dissolves in water, having it in a fat-soluble manner permits it to stay unchanged so the cells can fully consume it. A lipid form of curcumin micelle formulation is by far the most bioavailable source of curcumin on the planet. Curcumin addresses the issue of slow uptake by covering the curcumin from MCT oil that provides it a minor coating of lipid.

How to Utilize Turmeric to Treat Autoimmune Diseases?

Turmeric is commonly distributed in a powdered formulation in addition to its complete root shape. The powdered or finely chopped root will add well to many recipes, like sauces, curries, and pickled vegetables. For the brewing of herbal tea, often individuals use crushed or diced turmeric.

There's even a range of premixed turmeric loose tea that is easily accessible. While people may incorporate turmeric to their daily intake of food in this manner, most of the work on the spice's anti-inflammatory influence concentrates primarily on curcumin, which is accessible in the context of dietary supplements.

There are several advertised curcumin products that appear to work in the form of supplementary pills. Manufacturing companies can often incorporate certain additives that make the product safer for the individual to use, including black pepper.

The dose prescribed for supplementation with curcumin can differ. Experiments also suggested consuming a thousand milligrams of curcumin per day to relieve the side-effects of rheumatoid arthritis. Extremely absorbable curcumin types can be efficient at relatively low therapeutic doses.

Nevertheless, purchasing nutritional supplements from reliable suppliers is essential, and following their advice on what defines a healthy and acceptable dose. It is further advised that people refer to a physician before using turmeric or curcumin to ease any autoimmune disorder symptoms. This is important that no more therapies be halted or reversed by first contacting a specialist. 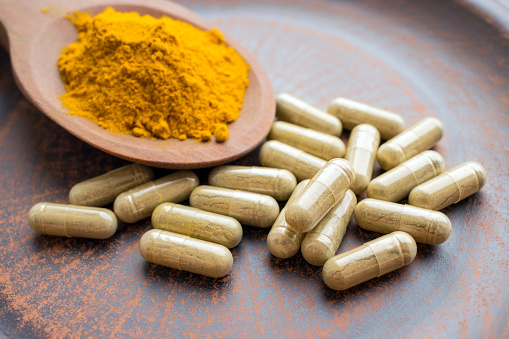 In reaction to an unidentified cause, the immune cells can start to generate antibodies which target the body 's internal components rather than trying to fight pathogens. Care for autoimmune disorders typically depends on raising the function of the immunity process. Autoimmune disorders, for instance, involve:

The immunologic framework generates antibodies which bind to joint casings. Cells of the immunity systems then invade the joints which cause inflammation which leads to discomfort. If treatment is delayed, rheumatoid arthritis progressively creates long term harm to the joints.

Rheumatoid arthritis therapies may include numerous intravenous medicines that minimize the overstimulation of the immune system, and curcumin supplements can also be an assisting factor.

Antibodies of the immune response target and kill cells that generate insulin.   Individuals suffering from type 1 diabetes need insulin doses during adult life to function properly, and small doses of turmeric can also improve their condition.

In this disease, the intestinal coating is damaged by the immunologic activity, leading to bouts of vomiting, urethral leakage, rapid stool motions, stomach discomfort, nausea, and weight loss. The primary components of IBD are ulcerative colitis along with Crohn's disorder. IBD may be treated by oral and injected immunosuppressant medications along with curcumin supplements.

Psoriasis is a skin condition where blood cells of the immune system assemble in the dermal layer. The immune system's operation induces a quick replication of skin cells, forming translucent, leathery lesions on the surface. Since turmeric helps with inflammation and improves skin health, it can be useful in treating psoriasis.

The individuals suffering from this disease produce inflammatory antibodies that may bind to the entire body's cells. Lupus usually impacts the muscles, skin, immune cells, neurons, and the renal system. Therapy also involves routine dietary prednisone, a drug that improves the immune response activity, and turmeric supplements can also help with the healing process.

The immune response destroys nerve fibers, triggering signs that could cause discomfort, fatigue, exhaustion, impaired balance, and the muscles' convulsions. Numerous medications may be used to manage multiple sclerosis, which weakens the immunity function. Therefore, turmeric can prove to be useful in treating this disease.

In this category of autoimmune disorders, the immune response targets and destroys the blood flow. Vasculitis may damage any structure, which ensures that signs differ greatly and can appear nearly wherever in the body. Management entails raising the function of the immune system, typically with prednisone or some turmeric supplementation.

Treating Graves' disease typically involves the deterioration or replacement of the thyroid gland through medications or operation. However, this can be curbed through dietary interventions with turmeric consumption.

Thyroid gland is damaged by antibodies formed by the innate immunity, gradually killing the cells that contain the thyroid hormone. Lower thyroid hormone concentrations emerge, typically across months or even years.

For certain cases, curcumin and turmeric can induce minimal adverse effects, including stomach discomfort or migraine. People prone to or taking extremely large doses of such drugs can develop sores, nausea, and loose bowels.

People who are pregnant or lactating must receive guidance from their physician prior to consuming some medicines of turmeric. Turmeric can also interfere with other drugs, rendering them somewhat less successful.

The individuals who are utilizing blood thinning agents should contact a doctor before utilizing turmeric products because they clash with functions like coagulation. Like other vitamins, there could be a chance of heavy metal exposure, such as lead, so purchasing such items from a reliable supplier is important. 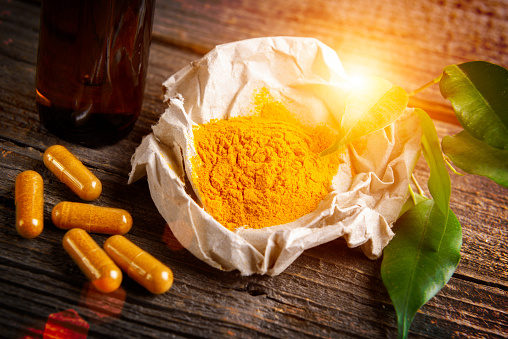 Autoimmune disorders are highly damaging and have prolonged consequences. However, with the use of proper medication and dietary supplements such as turmeric, their adverse effects can be greatly minimized over time.

Turmeric has numerous beneficial properties but the anti-inflammatory effect of curcumin is the primary recuperative agent that is present in this organic savory spice.