How Much Melatonin Do Pistachios Have?

How much melatonin do pistachios have? Global research recorded remarkable amounts of melatonin in pistachios acquired internationally — greater than a hundred to thousand times the concentrations documented in other sources of plants and foods. There are approximately 660 nanograms of melatonin present in one gram of pistachio, which was more than numerous foods.

Melatonin is a compound that the pineal gland releases to monitor the body's inner circadian rhythms and to monitor the normal sleep cycles. To get adequate sleep, the optimum development and control of this hormone are crucial. Melatonin tends to occur in pistachios and other food items, which we have listed below. 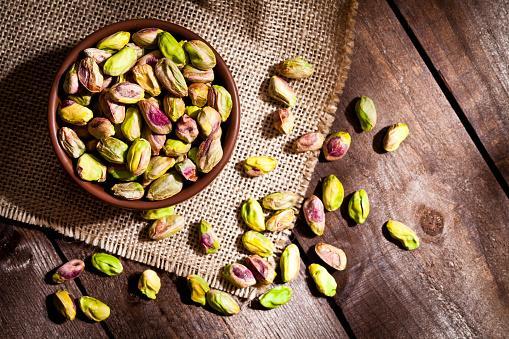 Eating cherries is the straightest route to trigger sleepiness. Cherries are a perfect melatonin provider that innately exists, a substance that improves the control of the process day and night. Melatonin is generated in the center of the brain via the pineal gland. A shortage of light stimulates production: in the twilight and at night.

Melatonin encourages sleep in animals and people. On the other hand, it enhances the functioning of active animals at night, hence acquiring the nickname of the night's hormone.   Since you can envision our body producing melatonin, it is accountable for the way our internal clock keeps running.

It points out that excessive melatonin absorption can also fix fluctuations of the internal rhythms, including exhaustion or jet lag. However, if you don't want to let your sleep deprivation spoil your summer break or just want a decent night's rest, go with cherries.

The vitamins and minerals in dried plums usually involve vitamin B6 and magnesium, to mention some, which contribute to making melatonin, a sleep-regulating hormone. Utilize prunes as a whole-grain toast garnish, combine them in a trail mix, or consume them on their own around half an hour prior to going to bed.

Turkey, as well as other lean protein sources such as chicken and fish will potentially help you fall asleep. Almost all lean proteins, including salmon, chicken, turkey, and processed meats, produce important amino acid tryptophan.

As one suspects, the body will not metabolize the necessary amino acid on its own and thus be part of a balanced diet. Besides being a basic foundation of protein, tryptophan is directly associated with human sleep.

The enzymatic mechanism transforms tryptophan into a serotonin hormone. A further method transforms the very same serotonin into melatonin. So, now we understand how melatonin is perfect for a full night's rest and a healthy night's sleep.

Plant food loses the lowest possible vitamin B6 in these procedures as it provides the most soluble source of vitamin B6 or pyridoxine. Animal food contains less stabilized pyridoxal and pyridoxamine. If we imagine tryptophan and serotonin acting as the gasoline of our sleeping engine, it will act like an oil change to consume a pouch of pistachio nuts.

Almond butter or peanut butter are both filled with protein serving. Place it on waffles, a banana, or a butternut sandwich. Perhaps, hold the spoonful under a teaspoon, so you don't get too bloated until you go to bed.

What our parents informed us was not a fabrication! A cup of lukewarm milk is actually going to make you sleep much better. Whole milk contains the same tryptophan that is necessary for melatonin production, it falls in such limited amounts that it will have a little significant impact on deep sleep.

The explanation of why warm milk makes us sleep better doesn't have much to do with our bodies' metabolic pathways. The explanation of why warm milk is so perfect for falling asleep is that it's hot. By the end of the day, we equate comfort with relaxation. Simply visualize lying by a fireplace or hiding underneath your duvet: the air would render you comfortable and finally fall asleep.

Generally, hot chocolate is also a going to bed drink, but this doesn't perform as excellently as milk. Chocolate milk produces elevated amounts of xanthines, the precursor of tranquilizers such as caffeine. Of reality, we don't need to remind you that you're not going to get a cup until the nap period. 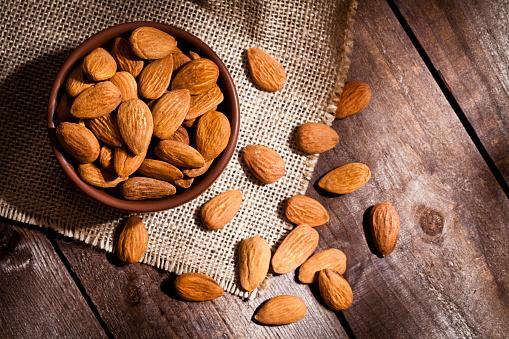 Only a couple of these, and you're going to be snoozing off in no time. Almonds are loaded with tryptophan and magnesium; both of them contribute to minimizing muscle and neural operation naturally while also maintaining the pace of your heart.

It shouldn’t come as a surprise, but herbal tea seems to have loads and loads of sleep-promoting characteristics. Chamomile tea is pretty good for relaxing your nerves before going to bed. It's always lubricating and calming in the throat, just like ginger tea.

These also include the L-tryptophan amino acid, which in the hippocampus is transformed to 5-HTP. In addition, the 5-HTP is transformed into melatonin and serotonin. As mentioned earlier regarding muscle spasms, a particular group of minerals is essential to our muscular strength: electrolytes.

We have found that magnesium and potassium are important for calming muscles. Since we get easily tired, relaxation is extremely vital to the body. So, have a banana, and experience the rush of relief around you.

Another excellent source of tryptophan is this distribution across the Middle East. When you end up starving in the wee hours, this typically means that you did not receive sufficient calories throughout the day. Have hummus to experience better sleep, and strive for a minimum of three balanced meals and two snacks if required.

Avoid white flour, polished noodles, and buttered fructose products that can decrease serotonin levels and disturb your sleep. Alternatively, pick whole grains, and for late-night snacks, you could have popcorn, granola, or whole-wheat bread rolls as the perfect options.

We know how excited this one will make you feel.  While this possibly won't get you in the best possible condition munching lots of pizza, grabbing a slice at bedtime, might end up sending you right into your dreams. The common opinion suggests that products with a high glycemic level are not the healthiest.

The GI reflects the overall increase in blood glucose levels when a meal is eaten. Higher GI foods will raise blood glucose and then trigger it to fall. The drop will render you thirsty again, and you overeat easily. Not unexpectedly, there is a strong GI of pizza.

Will a degree of blood glucose, which appears to be a roller coaster ride, support me in getting good sleep? Indeed yes. Researchers observed how reduced GI foods on being devoured right before going to bed contrasted with high GI foods. They evaluated how long it would take for someone to feel sleepy.

Intriguingly, it took about fifty percent less time for participants to fall asleep when eating high GI foods before going to bed. Establishing that, it later turned out that the large quantities of rice are considerably linked to the good night’s sleep that people possess. Higher GI foods normally can't get you fit, but they might only help you experience some tranquillity.

Popularized as a superfood, the kiwi is obviously better for your eating habits than a pizza. Other than being packed with antioxidant properties, new evidence shows that kiwis can end up making you sleep better.

The impact of choosing to eat kiwis prior to going to bed has been explicitly studied. They noticed that consuming kiwis on a regular basis was correlated with major changes in both standards of sleep and volume of food. It turns out they can eat kiwis for around a month:

Although the investigators were researching the impact on sleep, they could not chart the biochemical mechanism that allowed sleep to change. Keeping in mind that kiwis have one of the lowest serotonin rates, it undoubtedly has everything to do with the subsequent development of melatonin. 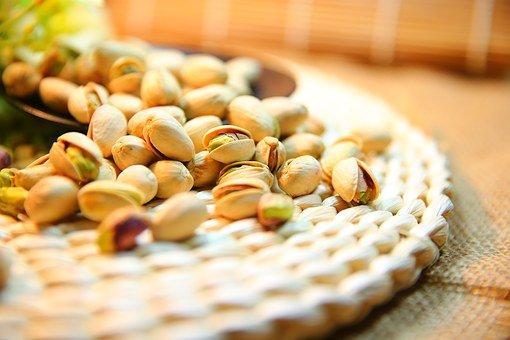 If we can rely on one aspect, it's that the body is really complicated, particularly when we talk about sleep. Although the greatest responsibility for making you drowsy is melatonin, it is synthesized from many other chemical compounds, including serotonin and tryptophan.