The term Summer Squashes might be a little confusing for people. Both winter and summer squashes are crops of the warm season. However, these squashes are harvested before getting fully ripened, which takes about 50 to 70 days. These are then intended to be sold in the market as soon as possible. On the contrary, winter squashes are waiting to get fully ripened, which takes about 90 to 120 days. As a result, they develop a thicker skin and therefore, can be stored for a long time – therefore, winter storage. As the summer squashes are relatively harvested earlier and are consumed within the summer season, they are named Summer Squashes.

The vegetable is native to the North American region, and especially to the south and the central regions of the continent that is known as the United States of America today. Different varieties of summer squash continue to grow in the northern areas of Mexico. In a short period of time, summer squash was harvested throughout the continent of America – and now it is cultivated globally. Within the U.S., states like New York, Florida, Michigan, and California produce the most squashes. However, there is a large number of summer squashes that are imported in the country, mainly through Mexico. 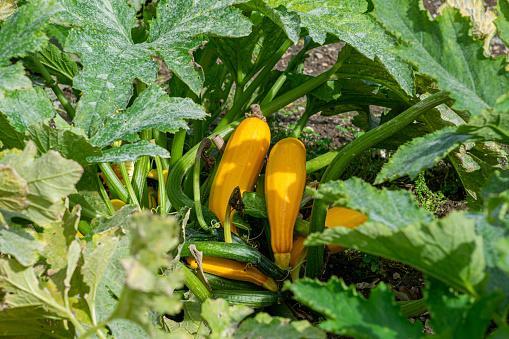 From a global perspective, India, China, Russia, Mexico, and Iran, along with the United States, are considered as the top countries producing summer squashes. The vegetable plays an important part in food systems in the Pacific Islands as well that include Fiji, Tonga, Hawaii, and New Guinea.

Squash is known to be rich in fiber content. Eating the vegetable is particularly satisfying for a lot of people as the bulk provides satiety, which allows you to surpass any cravings. As the vegetable comes as a member of the Gourd family, it varies greatly in size and colors. Whether it is a tasty summer squash for a soup or a dish, the vegetable will help you get your health and fitness goals in the best way.

Some of the benefits for summer squash are:

Summer squash comes in a rich content of carotenoids – particularly zeaxanthin and lutein – both making the macular area and the lens of the eye. A study published in the Journal Archives of Ophthalmology on at least thirty-five thousand women concluded that the women having these two pigments as an essential part of their diet had an 18 percent lower risk of getting eye cataracts as compared to women who did not consume such foods regularly.

When you are cooking summer squash, make sure not to peel the skin as it contains a powerful antioxidant in it named Nasunin. It helps fight the new blood vessel growth that helps the benign tumors to get malignant.

A summer squash of medium size will contain around 33 percent of the daily value of vitamin B6. It aids in making hemoglobin that is responsible for carrying oxygen all over your body through red blood cells. The deficiency of B6 vitamin can result in anemia, so to boost your blood cell count, particularly the red blood cells, you need to consume summer squashes regularly. 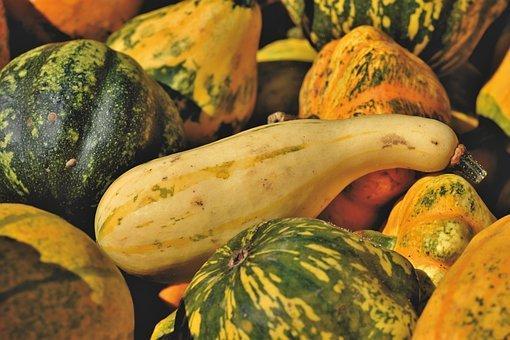 Summer squashes contain a healthy amount of vitamins and minerals in a good balance that is integral for maintaining and improving your cardiac function. As the blood circulation is improved and there is the high fiber content in the vegetable, it will help to fight the buildup of bad cholesterol in your body and help you maintain a healthy lipid profile.

Summer squashes contain a considerable quantity of manganese. In one scientific study, scientists found that people who consumed this mineral daily as a part of their diet had lesser mood swings and abdominal cramps in PMS as compared to women who consumed it in a lower amount.

There is a high amount of phytonutrients in the summer squashes known as carotenoids. These carotenoids mainly include lutein, beta carotene, beta-cryptoxanthin, and zeaxanthin. In terms of the incredible varieties of summer squashes, the yellow patty pan, yellow crookneck, yellow straight neck, and yellow zucchini come as the most popular choices when talking about carotenoids. The peels of these summer squashes are high in antioxidants and carotenoids, so it is recommended not to peel them off. 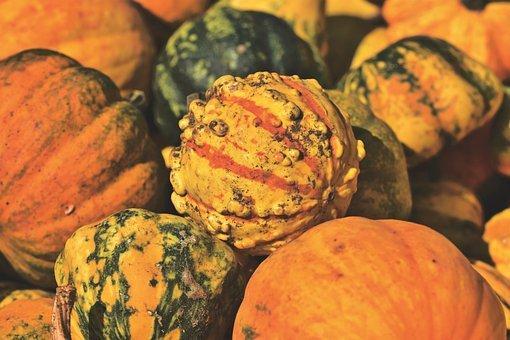 In the study, scientists used 22 different species of the squashes. To avoid any potential harmful contaminant appearing on the skin of the summer squash is to get only the organic versions of the vegetable.

Along with summer squashes, there are many other different vegetable types that are known to give you high nutrition values. In it, there are different leafy vegetables included from the cruciferous vegetable group that includes collards, turnip greens, and mustard greens; the green vegetables coming amongst the parsley group; the leeks, romaine, and other green lettuces that are a part of green allium vegetables, and leguminous vegetables such as green beans and green peas. Rather than relying on only one of the groups mentioned, it is recommended you take a diversified approach and include a variety in your routine to get a maximum dose of nutrients.

If by any choice, you decide to get yellow varieties for summer squash, it is generally recommended that you take them in the yellow and orange vegetable group intake. The minimum daily goal for this kind of group is half a cup each day. A higher level will be a full cup per day. Along with the summer squash, other yellow eatables like bell peppers and sweet potatoes can also contribute to this daily recommended goal.

Toxicity or Adverse Side Effects

You might not have heard the term Cucurbitaceae, but there are chances that you have eaten them. As mentioned earlier, these are vegetables from the gourd family. However, there is a toxic compound found in some of the members of the family, mainly squashes. This toxic compound is termed as cucurbitacin E. 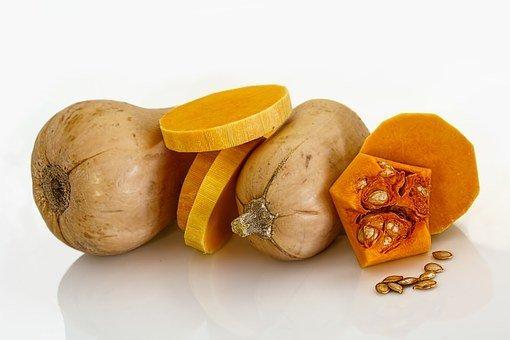 If this compound gets in your digestive tract, it can cause cucurbit poisoning, which is lethal in some cases. In some communities, it is termed as toxic squash syndrome. A report published in 2018 in the AMA or the Journal of American Medical Association showed that there were two women from France who became ill from this poisoning. Apparently, they got a massive hair loss due to the poisoning.

To be careful about it is the most important thing you can do. You have to learn how it occurs and how you can avoid it, and you are good to go. Consult a healthcare professional if you experience nausea, vomiting, hair loss, or any other issue after consuming summer squashes as it can be the sign of toxic squash syndrome. However, the good thing is that the poisoning is quite rare in individuals.

The summer squash vegetable is known to have a multitude of nutrients, and it is especially known for its high copper, carotenoid, and fiber content. You can cook this vegetable in a lot of ways, but people mostly add them as a compliment in their dishes that feature meat as the main ingredient. Other ways of consuming it include making soups, pies, and sweet dishes. Toxicity caused by the vegetable is rare in incidence and, therefore, not a big problem for the consumers out there.