Secale Cereale or rye is a whole grain closely similar to the grain of wheat and barley. Deemed as one of the most nutritious cereal grains, rye is utilized for various purposes, such as making bread, flour, some beverages, including beer and vodka, as well as animal fodder. The rye crop is grown primarily in Central, Eastern, and Northern Europe, where Poland stands first in its consumption out of all the other countries that use it. What makes rye distinctive from its fellow grains, such as wheat, is its low gluten content and a high proportion of soluble fiber. The grain of rye is also similar to that of a wheat grain; however, the rye is more slender and longer in shape; it varies in a color that looks yellowish-brown and sometimes grayish-green. 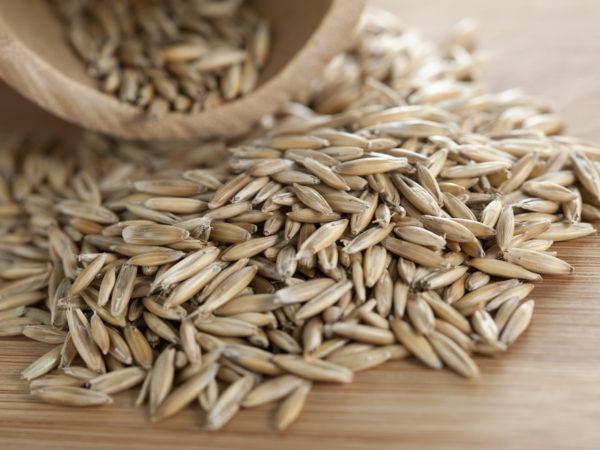 Rye has gained much attention in recent times for its rich taste and a great number of health benefits that are associated with it. The grain is beneficial for the heart, blood sugar, inflammation, metabolism, cholesterol, diabetes, gallstones, obesity, and contains anti-cancer properties as well. Its composition consists of macro and micronutrients, antioxidants, and other healthful compounds that work together in order to sustain a healthy functioning human body. The current article throws light on the nutritional facts of rye, certain health benefits of rye, various types of rye, and the many ways in which rye is used and consumed for food and health.

The table below describes the nutrition facts of the rye grain, based on the serving size of 100 g.

An overview of the nutrition profile of rye grain shows that the grain is packed with vitamins and minerals that are responsible for sustaining different systems in the body. Rye has a low GI (Glycemic Index), low cholesterol, and a whole host of antioxidants to support the body against the prevention of diseases. It is also rich in soluble fiber that keeps the body full for longer, causes digestion to slow down, and hence, helps with weight management. Let's explore the health benefits of rye in detail in the next section.

Much like many other whole grains, rye contains a nice amount of dietary fiber, an essential component that provides satiety to the body. Among many of its benefits, rye also improves the metabolic rate with the help of vitamin E. Once the metabolic system is in check, the body does not accumulate fat, and that, as a result, helps in weight management. Hence, it is not just one factor that helps with weight loss and management; rather, a combination of different nutrients that allow certain functions to take place in the body facilitates the process of weight loss.

Along with weight management, another role that fiber plays in the body is to prevent gallstones from forming in the gallbladder. Rye, as mentioned earlier, is a rich source of fiber and helps to facilitate the body in combating certain health conditions that occur as a result of lack of fiber intake. According to a study published by an American journal, an intake of diets rich in fiber make the process of food transmission through the intestines easier, it reduces the secretion of acids that contribute to the formation of gallstones, and increases insulin sensitivity. As a result, whole grains such as rye work their best when inside the body, leading to the prevention of gallstones, especially in women.

Each system that takes place in the human body is bound with other processes that take place and impact each other. If one goes wrong, so does the other. And our diet is the basic way through which we not only get the daily energy we require but also the essential nutritional elements that help the system in good health. The many health benefits of rye also include its sounds effects on the human heart. Being a grain with no cholesterol and high fiber content, rye keeps the blood sugar levels in check. The fiber in the rye keeps the blood vessels relaxed and, as a result, promotes heart health.

The minerals copper, magnesium, and phosphorus are some of the major key players in the production of red blood cells. Red blood cells, in return, play an important role for the better health of people with diabetes. The rye grain contains all the above-mentioned minerals. Additionally, rye lowers the insulin response as compared to other whole grains, which makes it a great option for people with risk of diabetes or those who already have it.

Rye grain is composed of such substances that are involved in the process of disease-preventing, lowering the risk of health conditions that may occur as a result of certain deficiencies. For example, the fiber content in the rye is not only responsible for weight loss, diabetes, or even heart health; it also plays its part in the prevention of diseases like cancer. The antioxidants present in rye also help facilitate the process and lowers the risk of certain types of cancer.

Rye is planted mostly during the autumn season and grows in winter. The development of crops takes place during the springtime and is then harvested by August. This tiny little grain comes in different varieties. After the crop is harvested, it is processed for further use. Here are some of the forms the rye grain takes: 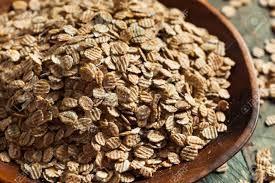 The whole basic form of rye kernels is known as rye berries. Rye berries are obtained after removing the inedible hull, and this is the purest form in which rye exists.

Similar to steel-cut oats, the whole kernels of rye are cracked or cut into many smaller pieces that are called rye chops. These are easier to cook as compared to rye berries.

Rye flakes can be called as an alternative to rolled oats as both go through the same process before turning into flakes. The rye kernels are steamed, rolled, and then dried to get rye flakes.

Though there are a number of ways rye can be used just like other whole grains, the most popular of all is rye bread. Rye bread is made of rye flour and used as a staple now in many regions of the world. It is considered as the best alternative to a whole grain bread that is full of nutrition and provides satiety at the same time. Other than rye bread, rye grain is also used to make porridge with rye flakes, a healthier alternative to oatmeal. It can also be used in the form of rye berries and in baked goods such as muffins, pancakes, and rye banana bread. 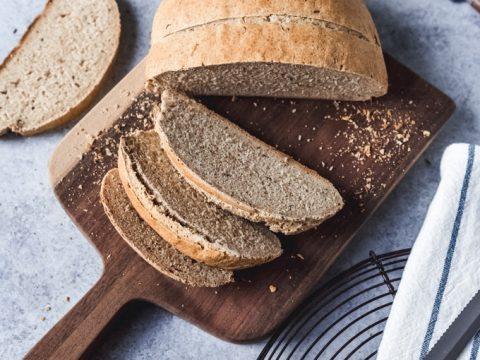 Potential Side Effects of Rye

Rye is categorized as one of the gluten grains, grains that contain a certain amount of gluten (a group of proteins that is hard for some people to digest). For people with gluten sensitivity, rye may not be the best cereal choice as it could cause or aggravate the symptoms of celiac disease and cause harm to the small intestines. Therefore, it is advisable for people who are sensitive to gluten to eliminate rye from their diet and switch to any other gluten-free option.

Although most whole grains share similar properties and offer the same health benefits, some are more effective in one aspect or the other. As far as rye is concerned, it is compared with other whole grains and due to its unique composition, regarded as a better alternative to other whole grains such as wheat and barley. It is linked with protection against diseases linked with the metabolic system of the body and offers a whole host of other health benefits that we get from minerals, vitamins, antioxidants, and especially fiber that rye contains. We are not surprised that this grain is part of the world's healthiest foods list.