Grass feeding is a relatively uncommon feeding practice to milk consumers. A natural product coming from cows that are grass-fed comes from grazing cows in a pasture. They are fed only on pasture grass year-round. This is in contrast to the cows that are fed with a processed diet all around their lives. Grass feeding is a practice that significantly improves the quality of the cow's milk. Grass feeding will make the milk ultra-rich in essential nutrients that include but are not restricted to omega-three fatty acids, vitamin E, beta carotene or vitamin A, conjugated linoleic acid, which is a highly essential amino acid coming with CLA. For knowing more about what makes grass-fed cow's milk so healthy for milk consumers, keep on reading.

Cow's milk with grass-fed cows is not at the risk of contamination as it has a higher nutrient quality. So, even the term organic does not prove the product to be fully devoid of contamination unless it is a grass-fed source. Organic milk does not mean that the cows involved in making the product are purely grass-fed. Even the term pasture-raised does not comply with the term grass-fed. Simply speaking, the grass-fed cows are 100 percent herbivores and make milk with high nutrient content. You will need to talk to your grocer in terms of the feeding of the cows.

When cows are raised in a natural lifestyle, their overall quality of life gets much better than cows that are raised on commercial levels. This means that the product, such as milk, in this case, delivered by the cows, will come in much better quality than the cows that were raised commercially. 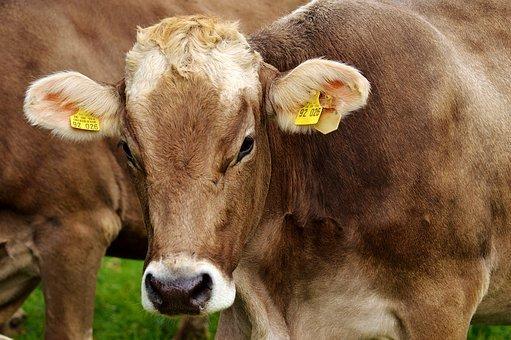 According to experts in the nutrition field, it is recommended that one person gets a serving of 4 ounces of the milk produced by the cows fed on the grass to meet the daily requirements of dairy.

Milk produced by the cows fed on grass is typically high in conjugated linoleic acid or CLA, which is an essential fatty acid not produced in the body and has to be taken from outside sources. It comes with a lot of health benefits that include better immune system support, better inflammatory system assistance, enhanced bone mass, increased blood glucose level retention, and alleviated body fat, alleviated risk of getting a heart attack, and an increase in the maintenance of the lean body mass.

According to studies conducted by professionals in the field, a serving of 8 ounces of the milk produced by the cows fed on grass gives you a serving of 75 mg of Conjugated Linoleic Acid to individuals consuming the dairy. There are also some cases in which this amount doubles and even triples and therefore benefits the individuals drinking the milk. With cows having more access to the fresh pasture, you can get even more quantity of the conjugated linoleic acid or CLA content in the milk. 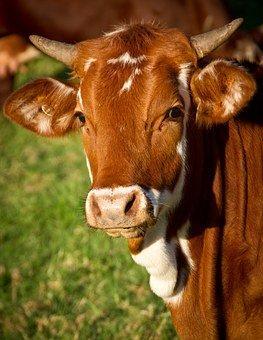 These come in the form of ALA or alpha-linolenic acid. However, this amounts even doubles and triples on the higher end of the spectrum, where the same quantity of the milk produced by the cows fed on grass contains about 121 to 150 mg of the ALA or alpha-linolenic acid in the body. These amounts of ALA are quite helpful in making up for the deficiency caused in the body for omega-three fatty acids.

Another 4.5 grams or 56 percent of the fat comes from saturated fat, which is a type of fat associated with undesirable health effects. On the contrary, this type of saturated fat in the milk produced by the cows fed on grass is not fully living in the unwanted fat category. It is because at least 6 to 7 percent of this type of category will not fit in the short-chain category of saturated fat. Rather, it functions as a probiotic, which helps in supporting the normal gut health through regulating the gut biome.

We can say that more than half of the total milk composition is made of medium-chain composition and is the kind that is considered as predominant in the coconut oil. This type of saturated fat is easily metabolized and digested by the body. Also, in some scientific evidence, it is considered to yield better immune system benefits.

The saturated fat found in the milk is also containing around 25 to 30 percent of palmitic acid. This is a long-chain fatty acid that is indicated to be helpful in preventing heart disease and improving overall cardiac health.

Considering all these factors, we can say that the overall fat composition of the milk produced by the cows fed on grass is much balanced in terms of its constituents and are therefore much beneficial to the overall health of an individual.

You can consume grass-fed milk in any way you want. However, it is best suggested to consume this milk when it is in the boiled form. Although this milk can be consumed raw, it is generally recommended to boil it first for safety purposes provided you are not living right next to the pasture. The farther the pasture is from the consumer, the more bacteria are going to get grown in the milk. 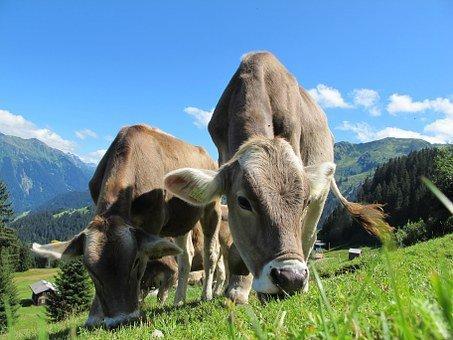 Risks and Side Effects

There are no adverse side effects associated with consuming this milk. Therefore, it is regarded as a safe thing to drink among consumers of all ages. However, people with any serious gut or allergy issues and even lactose intolerant people should be avoiding from consuming the product. There are no such risks, but make sure that you are consuming them in large amounts, otherwise, you have to face different issues.

The Grass-Fed milk is optimally beneficial in a lot of factors, including improving the cardiac health and prevention from immunity system diseases. We hope this article gave you valuable insight on how grass-fed milk is beneficial for you, what are the nutrition contents in the milk, what are the best ways to consume the product, and what are the side effects and precautions associated with the product.