Chicken is the most popular meat around the world as its meat is tasty, delicious to eat, and tender. Boil it, stir it, fry it, steam it, broil it, bake it, you can cook chicken in any form, and it will taste unique to you. No matter what the flavors you add or what ingredients you use for cooking this lean meat, nearly everyone loves eating chicken. And you will find it in a number of cuisines all around the world.

Another great thing about chicken is that it is the healthiest meat when compared to red meat. It is filled with protein and contains a low amount of fat in it, which does not become a risk to your health even when you are diabetic, have a cardiac condition, or have any other chronic disease. Did you ever note that your doctor will advise you to abstain from eating red meat like beef and pork, but they would not say anything wrong about chicken? It is because they know that white meat comes with a better quantity of protein and lower amounts of fat.

The significant types of chicken include farm-raised and commercial chicken. While the broiler chicken from the retail sector might come with a good yield of meat for people to consume, it is not a healthy choice when compared to chicken that was raised in farms. The defining difference between the two comes from the feeds they are given. In farm-raised chicken, the chicken is raised on natural feed that is organic in nature and is in a wide variety. On the other hand, the commercially grown chicken is fed with a monotonous feed. An interesting thing to note is that the meal for the chicken in both cases is healthy. However, there is a nutritional difference between the two. This difference lies in the term of nutrition diversity. 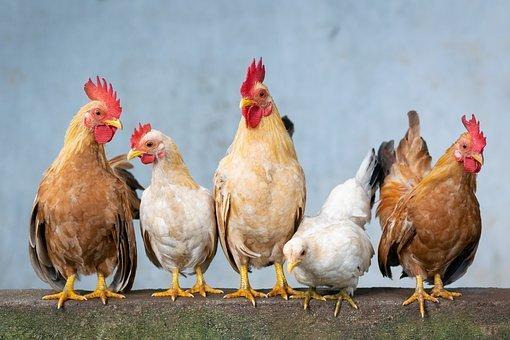 What is Nutrition Diversity?

In nutrition diversity, there is a high focus on the type of nutrients going inside the chicken’s body. That is only possible when there is a good variety in the food, which is more seen in the naturally raised chicken. The farmers are inclined towards feeding their chicken with feed composed of earthworms, bugs, corns, grass, and seeds. Not only are the hens being fed on the diet provided by the farmers, but also they are free to roam around the designated area and can eat whatever they want. The more diversity they are introduced with in the area, the more they are going to have nutrient intake in the form of carbs, fats, proteins, vitamins, and minerals, as we see in the case of pasture-raised chicken.

This case is not possible in the commercial sectors where the chicken is fed on typically one type of grain, and there is no variation in the diet. Either they are provided with one type of grains or seeds, or they are given a fixed mixture with a fixed proportion.

As a result, the nutrients going in their bodies are going to go inside their cells and muscles, which will be consumed by us. So, a pasture-raised chicken will have more nutrients in it for us.

Vitamin B6 and Organic Chicken

Vitamin B6 is the only type of vitamin that is found in other animals and not in plants. Therefore, people who want to get their daily feed of vitamin B6 need to include eggs, milk, and meat in their diets to have their requirements filled for the day. The chicken comes with a beneficial quantity of vitamin B6 in it, and therefore, they are considered healthy for individuals. Chicken with natural feed, such as chicken growing in pastures, have a fulfilling quantity of the vitamin and thus become quite beneficial for individuals having the chicken regularly.

Pasture-raised chicken is fed on vitamins, minerals and contains healthy amounts of essential fatty acids, fat-soluble vitamins, and HDL cholesterol in them. The fat-soluble vitamins such as vitamin E in their body are known to build a better immunity, make your skin, nails, and hair grow and glow, and improve your hormonal health. Another example that makes pasture-raised chicken memorable for people is the fact that it contains HDL cholesterol and omega-three fatty acids. These nutrients work together to deliver better cardiac health and improve the overall blood supply to the whole body. This is majorly amazing for people having specific hypertensive or cardiac problems in their life.

The recommended daily intake for eating pasture-raised chicken is 2 to 3 ounces, which is enough to deliver the recommended exchanges of meat products in a day. However, it is generally recommended you go for variations and stick with a diet that comes with some nutritional variety. In that regard, you can either eat chicken on fixed days of the week or combine it with vegetables to increase the nutritious quantity. Eating chicken, and that too, which is organically raised on a farm, has no harmful benefits that might come with eating red meat, such as the high-fat content in the meat. So, even if you consume chicken in low amounts every day, such as in a club sandwich, you will not face any undesired consequences.

The best way to eat chicken that is raised in the pastures will be any method except char grilling and frying. The former method invites carbon particles from the smoke and the coal to become a part of the chicken and be a carcinogen in that case. The latter method of cooking comes with the addition of oils in the unhealthy form due to overheating that can be bad for cardiac health. 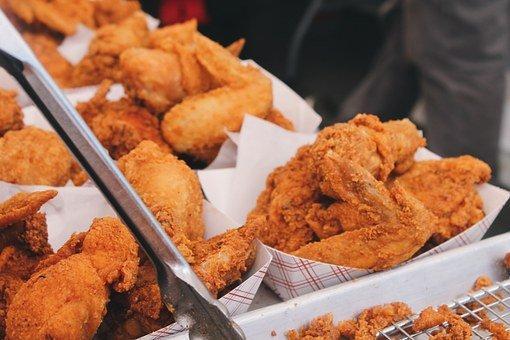 A proper way will be baking, steaming, stirring, broiling, and any other method except the two mentioned above to get healthier benefits. In that regard, you can enjoy eating chicken that is raised in the pastures and have better results through cooking it in any form except the two mentioned above. Another appropriate way of eating chicken that is raised in the pastures will be to combine it with vegetables. The vegetable will not only add to the mineral and vitamin content of the chicken but will also add to the dietary fiber daily recommendation that will help in the easy digestion of the chicken. You will not feel bloated after you eat a meal full of chicken with some vegetables on the course.

Side Effects of Eating too Much Pasture Raised Chicken

While there are many benefits regarding the feed the pasture-raised chicken eats, there are some concerns over the diversity they inculcate in their food. For example, chicken of such kind might ingest something harmful, and it may go unnoticed, only to induce harmful effects on a being such as vomiting, nausea, or diarrhea. Another kind of adverse effect that feeding on chicken too much can bring is the risk of getting constipation. Too much chicken will need a lot of acid from the stomach to absorb it, which can cause feelings of heartburn.

You might also feel constipated and unable to feel fresh if the chicken has become the major component literally, and more like a staple food for you. In reality, chicken is great for your health, especially chicken that has been raised on the farm, but eating too much of anything, no matter how healthy it might be, can induce negative effects in your body. The most probable reason will be that you negate other sources of nutrition, and the imbalance in the nutrients can cause your health to get compromised in one way or the other. 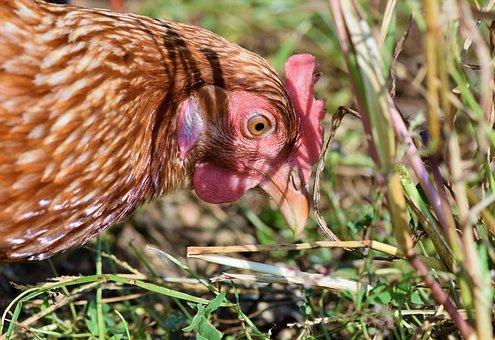 You are basically getting chicken for its protein. While all types of chicken are bound to come with appreciable amounts of proteins, you can get extra benefits like added minerals and vitamins in the chicken from the chicken that has been raised naturally and does not have any additives or preservatives in it.

The nutrition facts for a 4 Oz organic chicken meat in the boneless form are the following:

There are a lot of controversies regarding broiler chicken. The most common are the toxicants left through the drug metabolisms in the commercial chickens and the addition of hormones for making better meat yield in such chickens. The answers we see around us are confusing, and every answer leads to another complexity. So, picking something that is less controversial, such as pasture-raised chicken, is a better option for people.

We hope this article gave you an insight into how pasture-raised chicken is great for nutritive purposes and why many people prefer it over commercially-raised chicken.