Asparagus is a green-colored vegetable that is popular for its slender shoots and is also one of the very first indications of the arrival of spring. It's a perfect complement to many spring recipes with the highest quality ingredients of the season, like salads stacked high. The vivid, very earthy flavor of the vegetable is just one explanation for enjoying it.

It is also appreciated for its health advantages and has been reported to have beneficial effects on cancer treatment and diuretic effects. Learn everything below about asparagus, such as its origins and nutrition information, along with recipes for asparagus and suggestions on how to pick and prepare your asparagus. 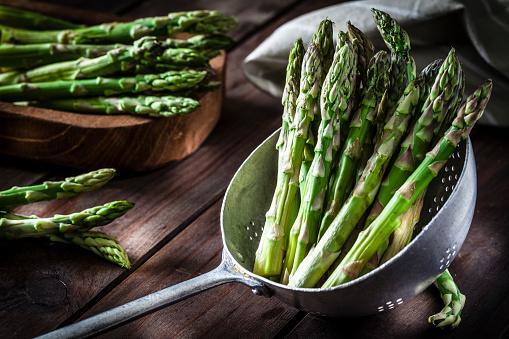 The following are the important benefits of asparagus:

Asparagus is high in B vitamins that further sustain stable homocysteine levels that are formed in the blood whenever an amino acid decomposes in the body. In transforming homocysteine into cysteine, vitamin B, particularly folate, B6, and B12, serves an important role, which is then processed again into methionine according to the usual cycle of methylation.

A vitamin B deficit in the body can boost homocysteine rates and raise the likelihood of harm to the veins and arteries, venous thrombosis in which blood coagulation occurs in the veins, atherosclerosis, and other heart abnormalities. In comparison, vitamin B helps to sustain stable blood glucose levels by guaranteeing that the starches and sugars in the body are efficiently metabolized.

The higher concentration of folate in asparagus helps reduce the risk of lower birth weight and congenital abnormalities during pregnancy. For the development of the fetus, folate is important. It also tends to reduce the complexity due to the diuretic impact of edema or water accumulation in the tissues and organs.

An asparagus derivative may be used to alleviate premenstrual bloating. The availability of vital vitamins and nutrients assists in the battle against stress and exhaustion and decreases menstrual cramps. It also helps to regulate blood loss during menstruation and sustain hormonal equilibrium.

Asparagus is a popular vegetable that has long been used as herbal medicinal items. It is successful in removing a multitude of issues linked to wellness. As per a review, asparagus stem intake greatly decreased the systolic and diastolic blood pressure of the participants.

Ayurvedic medicine commonly appreciates the roots of asparagus and is recognized for its aphrodisiac effects and is used to control hormones and treat male and female sexual disabilities. It has anti-anxiety powers, which helps to cure male physical and emotional fatigue.

It also helps improve the libido and testosterone levels in males. Asparagus has been found to be beneficial for menopausal syndrome and anemia in women. It is also appreciated for its usefulness in enhancing breast milk consistency and quantity while raising nursing women's hunger.

Asparagus appears to contain large amounts of the nutrient inulin, a form of complex carbohydrate generally known as prebiotic. It does not get processed until it enters the large intestine, where a kind of healthy bacteria such as lactobacilli feeds it on. Inulin contributes to the better synthesis of nutrients.

It is also a reliable dietary fiber supplier and has laxative tendencies that enable the bowels to work smoothly, keeping constipation and indigestion in check. It also helps to reduce the body's levels of cholesterol. For its efficacy in treating diarrhea and dyspepsia, which is a sense of gastrointestinal pain, like burning feelings, it is prescribed during or after feeding.

Crude saponins present in asparagus shoots have shown anti-tumor resistance, as per a research. Another research has shown that typical apoptosis properties were caused by saponins. In order to control human colorectal cancer cells, the conclusion from this analysis may provide a possible dietary intervention program.

According to research, supplementary consumption Asparagus promoted progress in the respondents' mean weight, blood pressure, physical and emotional health, as well as the overall quality of life. 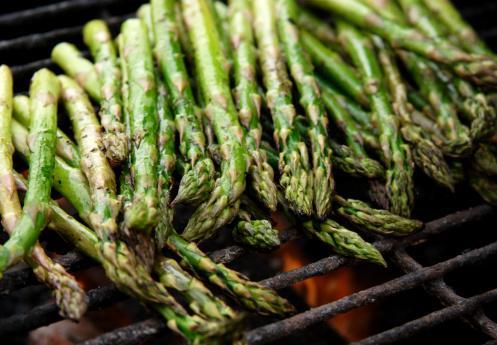 Extract of asparagus incorporates essential amino acids and can prove to be helpful in treating hangovers. A hangover corresponds to the adverse neurological effect caused by significant alcoholic beverage intake.

Nervousness, fatigue, and digestive problems such as nausea, vomiting, and dehydration are the signs. Research trials have shown that asparagus foliage and shoots possess a fair deal of inorganic mineral composition, which also helps to shield the liver cells from alcohol's harmful effects.

A decent source of vitamin A is asparagus, which is important for healthy eyesight. It helps to protect the retina against the harm inflicted by the oxygen-free radicals because of the existence of antioxidants. The existence of the glutathione amino acid in it also appears to reduce the risk of eye conditions such as glaucoma and loss of vision at night.

A chronic disease that induces joint inflammation is rheumatoid arthritis. Studies have shown that consuming folate-rich foods such as asparagus, which also incorporates anti-inflammatory effects, can help alleviate pain and alleviate the overall reduced working of the arthritis-associated body.

Asparagus is also a valuable source of rutin, a flavonoid that is used to cure hemorrhoids and reduce wound healing and has anti-inflammatory effects. Rutin also avoids artery stiffening by decreasing blood viscosity and helps relieve inflammation, reduce cholesterol, and preserve heart health.

Researches have shown that asparagus is successful in lowering the incidence of disorders such as Alzheimer's, Parkinson's, and Huntington's diseases that are neurodegenerative. The existence of phytoestrogens in it that have such neuroprotective properties attributes these positive benefits.

Clinical study has proved the effectiveness of asparagus as an anti-anxiety and anti-depressant medication. It aids in recollection restoration, improves estrogen development and release, and has a revitalizing and relaxing effect on the nervous system.

Epilepsy is a neurological disease that impacts the brain and leads to frequent hallucinations or delirium. As a product of permanent shifts in brain tissues, the brain transmits irregular signals. Asparagus roots may offer relief from epileptic attacks.

Research findings indicate that asparagus has an anti-urolithic impact which aims to manage infections of the urinary tract. The ingestion of asparagus raises the duration and amount of urination because of the vegetable's diuretic effects. This helps purify the hazardous waste out of the body and expel it.

It is also proven to give the urine a strange, pungent odor that is entirely natural. This is because asparagus begins to break away its ammonia and Sulphur components into explosive chemical substances that often help cleanse the body.

Research findings also accepted the fact that the concentration of antioxidants in asparagus, together with other diseases, including hyperlipidemia and hypercholesterolemia, have the ability to relieve oxidative stress. These disorders suggest a higher concentration of fat and cholesterol in the bloodstream, which may also pose a significant danger to dangerous disorders such as coronary diseases and atherosclerosis.

Calories in Asparagus and their Recommended Daily Intake

There are 20 calories in 100 grams of prunes, and the recommended daily intake is half a cup.

Asparagus has an exquisite taste and can be consumed raw, roasted, or grilled. It can be incorporated into pickles, salad dishes, and soups as an additive. This plant's shoots are savored as an appetizer and processed around the world in various ways. For something that needs to be done quickly it needs limited cooking, which gave rise to a popular phrase, which says as rapid as preparing asparagus. 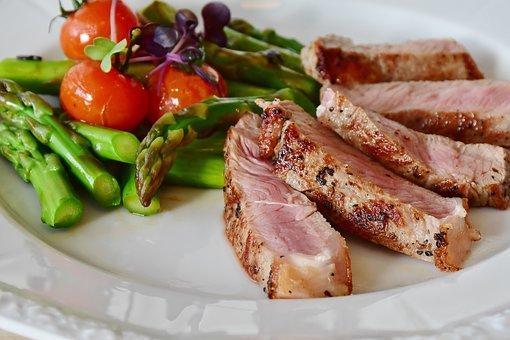 Side Effects of Asparagus Consumption

The following are the side effects of asparagus consumption:

A carbohydrate identified as raffinose is found in asparagus. To ingest this complex sugar it requires fermenting by the human body. Gas is also created during this phase of trying to break down the starch and then extract it from the body.

Asparagus can trigger allergies to individuals that are prone to allergic reactions to onions, chives, and other lily close relatives.

Purines are present in asparagus. Purines break down to produce uric acid and can develop in the body as a result of elevated purine content. For those struggling from uric acid-related conditions such as gout or kidney stones, this is not favorable. For individuals with these disorders, it is advised to limit or reduce the consumption of purine-dense foods such as asparagus.

A nutritious and delicious addition to every diet is asparagus. It has low calories and a fantastic nutritional supply, including calcium, folate, and vitamins A, C, and K. In addition, there is a range of possible health advantages to eating asparagus, which include weight loss, better metabolism, good pregnancy results, and reduced blood pressure. Plus, it's simple, simple to cook, and tasty meals are made.