Can Vitamin D Deficiency Cause Ringing in the Ears?

Every Vitamin has a distinctive function to perform in the body. Not every vitamin is beneficial for every complication taking place in the body. The deficiency of vitamin D has different causes, and some other factors cause ringing in the ears. Further in the paper, it will be discussed that what is ringing in the ear and what are the factors involved in this issue? And how the deficiency of Vitamin D is not linked to this problem.

Vitamin D and its Deficiency

Vitamin D is one of the rare vitamins that is produced by some of the organs (liver and kidney) of the body itself. This beneficial vitamin is a fat-soluble vitamin that is found in a few dietary foods. One of the most valuable activities by vitamin D in the body is to absorb calcium and maintain phosphate flow to protect the bones. Vitamin D strengthens the immune system by modulation of cell growth in the body. Some of the medical reports proved that vitamin D works against depression. Sunshine is said to be the major source of Vitamin D. It can also be retrieved from some of the dietary food items and supplements. Soybeans, yogurt, cheese, cereals, orange and fish, are said to be the items rich in vitamin D.

The deficiency of Vitamin D is a crucial phenomenon to discuss. The insufficient amount of vitamin D can raise certain health issues including;

The issue of Ringing in the ears

A buzzing, swooshing or churning sound can be exasperating. These aggravating sounds in the ear are bothersome when the origin of the noise is unknown. This bland issue is regarded as Tinnitus in medical terms. The term Tinnitus originates from the Latin word ‘tinnire’ that means ‘ringing’ in English. The sensation of such sounds can be consistent and can differ in loudness. Such sounds can be heard in quiet places, mostly at night.

Tinnitus is a common issue, but its severity can lead to discomfort and distress. People having this issue can sense a loss of concentration on their work and also feel difficulty in having a sound sleep. There are two types of tinnitus 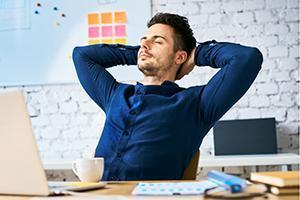 Major Causes of the Tinnitus

There are some inner relapses and outer factors that lead to the issue of tinnitus.

Is the Deficiency of Vitamin D a Cause of Tinnitus?

Deficiency of magnesium can also be a cause of tinnitus. However, the human body needs to convert vitamin D3 through the enzyme, which requires a magnesium nutrient. Thus, the large intake of vitamin D may reduce the amount of magnesium in the body. And this deficiency further causes tinnitus.

An insufficient amount of Vitamin B12 is also deduced to be the cause of tinnitus. Distinctive studies in the medical field demonstrate that people with the issue of tinnitus who were given the proper amount of vitamin B12, and the results were positive as vitamin B12 lessened the intensity of tinnitus.

Is it Curable or Not?

In the field of medicine, no drug has been found yet to cure the issue of tinnitus. But some of the interventions have been managed to treat this issue. Following are the possible remedies to mitigate the intensity of tinnitus:

As described earlier, there is no medicine to cure this problem. But the scientists believe that if it is handled smartly, it can be managed. Following are some ways suggested by healthcare professionals: 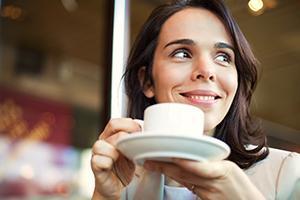