What is Alkaline Phosphatase?

The human body is made up of complex compounds that are aided by a variety of chemical reactions that keep the body going. Alkaline Phosphatase is one of many kinds of enzymes that are found in the body. It is considered a significant enzyme due to its presence throughout our body, particularly in the vital systems and organs such as the digestive system, kidneys, liver, and last but not the least, our bones.

Alkaline Phosphatase is found in the bloodstream and helps in the process of breaking down proteins in the body. A distinctive feature of alkaline Phosphatase is its existence in different forms, depending on which organ or system of the body it originates in. Although the liver is mainly responsible as a major source of Alkaline Phosphatase or ALP, it is also produced in the kidneys, pancreas, bones and intestines.

When we talk about the function that alkaline Phosphatase performs in our body, it is said to be responsible for better working of the liver, gallbladder and also concerns itself with how healthy and functioning our bones are. When the levels of alkaline Phosphatase are disturbed in the body, it leads to many health conditions and diseases that may be of serious nature in case of delayed diagnosis and lack of treatment.

Alkaline phosphatase Test (ALP) for the Detection of Diseases

There are certain health conditions or symptoms that people experience as a result of liver damage or disease of bones. In such cases, healthcare professionals decide to take an alkaline phosphatase test in order to identify the exact issue at hand.

Here are some of the symptoms that manifest themselves, leading up to the need to carry out an ALP test:

All these symptoms indicate that a person is either suffering from a bone disorder or their liver is damaged. When symptoms like these occur, an ALP test is immediately ordered to diagnose the exact disease so that proper treatment can be initiated. 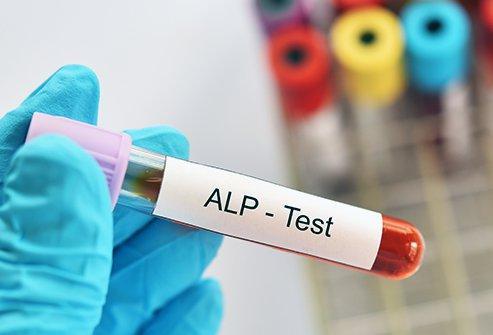 The Procedure of an ALP Test

Just like any other blood test, an alkaline phosphatase test is performed by a health care professional who takes a blood sample from one of the arms. The blood is then collected into a test tube and sent for further investigation to check the levels of alkaline Phosphatase. The whole process does not take more than five minutes, and it is not painful, except for the stinging of the needle, which is quite small and doesn't hurt much. The procedure is more or less the same; however, the blood is checked, particularly for measuring the levels of ALP in the bloodstream.

In addition to the simple yet painless procedure, the medical practitioners do not suggest any prior preparation for the test, as it is just like any other blood test as far as the procedure is concerned. Also, the testing process is safe and unlikely to hurt apart from the slight pain that is caused by the needle when it is inserted into the body.

In any case, the link between the two cannot be denied as vitamin D deficiency is directly linked to health conditions that concern bones, whereas elevated levels of alkaline Phosphatase are also responsible for causing various bone diseases. Therefore, the two are closely knitted and to simplify, it can be said that high alkaline levels cause diseases, whereas lower vitamin D does the same.

One thing that an ALP test helps to identify is whether the health problem has to do with the liver or if there is some bone disorder that needs to be treated. As there are several tests that are performed to check the functioning of the liver and ALP test that indicates a normal level of alkaline Phosphatase tells that the liver is in good condition. However, if any of the symptoms persist, it is more likely to assume that the problem is with bones. This is where an ALP test comes to the rescue as its high levels also indicate that vitamin D is deficient in the body, which obviously means that there is some underlying bone disorder that needs to be treated.

Diseases Caused by the Deficiency of Vitamin D

We know that low vitamin D does not cause low alkaline Phosphatase. However, vitamin D is responsible for a whole host of functions in the body, and a deficiency may lead to multiple health issues that need to be highlighted and taken care of before it leads to any serious health issue.

Vitamin D is mainly produced in the body through exposure to sunlight, which is why it is also known as the 'sunshine vitamin'. Some other chief sources of vitamin D include foods such as dairy products, grains, fish, eggs, beef liver, cheese and fish liver oil.

A deficiency of vitamin D occurs when any of the sources are not provided in a sufficient amount and leads to various diseases. Since vitamin D is responsible for the absorption of calcium in the body, the most adverse effect it leaves is on the bones and some other health concerns that cannot be neglected. Few health risks that are related to the deficiency of vitamin D from the body include: 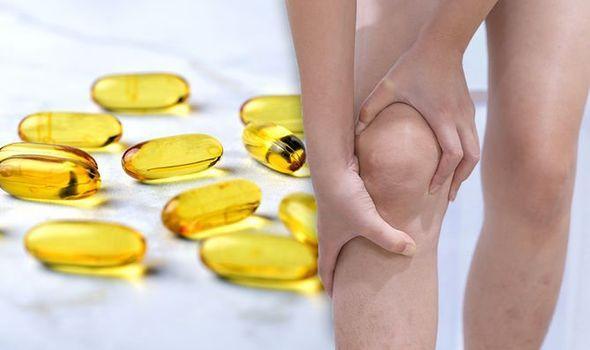 It is quite interesting to observe the integral relationship between the two compounds, out of which one is a vitamin and the other an enzyme. The sunshine vitamin, along with one of the most significant enzymes (ALP), shows that the amount of their levels is of such importance that a decrease in one could lead to an elevation in the levels of the other, which is detrimental to the human body. On the other hand, a balance in their levels ensures that the body is in good health and free from the risk of multiple health issues and chronic diseases.

We may conclude that the medical research pertaining to vitamin D and alkaline Phosphatase asserts that their levels must be balanced so that serious health issues may be prevented. In case, the levels of vitamin D lower or the levels of alkaline phosphatase increase, immediate medical assistance needs to be ensured because an uneven level of either vitamin D or ALP is an indication that something is wrong with the body and needs to be fixed at the earliest.