What Exactly is Black Cohosh?

Black cohosh is a perennial herb that has originated from North America.  Black cohosh is sometimes called bugbane since it was formerly considered as a bug repellent. It is not needed for that reason anymore. Plantation owners had said black cohosh was beneficial for venomous snake bites, but this has not been tested by any advanced investigators.

Its petals and stems have been widely used in herbal medicine, and nowadays, it's a prominent female health remedy that has proven to aid with health conditions of menopause, reproduction, and hormonal equilibrium. It may even be efficient because it works as a phytoestrogen, which is a chemical derived from plants that imitate the activity of the female sex hormones.

What is the Working Mechanism of Black Cohosh?

The black cohosh stem is applied for therapeutic reasons. Black cohosh plants produce many compounds and may have a bodily impact. Many of these compounds act on the immune function and can influence the body's anti-disease protection. Some may help to reduce systemic inflammation.

Certain substances in the root of the black cohosh may function in the brain and nervous system. Such chemicals may work close to another chemical compound named serotonin, which is present in the brain. Researchers define this form of substance as a neurotransmitter as it allows the brain to transfer signals to individual body sections.

Estrogen, on its own, has varying consequences in multiple areas of the body. It often has widespread implications at all phases of growth in humans. Black cohosh must not be considered as homeopathic estrogen or an estrogen replacement. It is more realistic to describe it as an herb, which in some individuals operates like estrogen.

What are the Uses of Black Cohosh?

Black cohosh has a range of possible advantages, and several are linked to the well-being or hormonal status of women. However, there are many other as well ways that can prove what is black cohosh used for?

Relieving of the menopausal symptoms is the justification that is often given by individuals who use black cohosh, and it happens to be among the purposes that have the greatest persuasive proof to substantiate it.

In one analysis of women going through menopause who suffered hot flashes, and finished 20 mg of black cohosh every day in a couple of weeks showed slightly decreased and less frequent hot flashes than when they began the supplementation.

Furthermore, certain human researches have verified similar results. Although testing at a larger scale is necessary, black cohosh seems to be helpful for ameliorating menopausal symptoms.

Even though you might come across numerous internet reports that black cohosh will boost reproductive health or make it easier for you to get pregnant, there isn't much proof to confirm this. The analysis, therefore, implies that black cohosh can boost the efficacy of the fertility medication known as Clomid in infertile individuals, improving their likelihood of pregnancy.

For people suffering from infertility who take black cohosh treatment along with Clomid, three minor clinical trials suggest an increase for birth or ovulation levels. Again, these experiments were limited, so to validate the impact, further work is required. 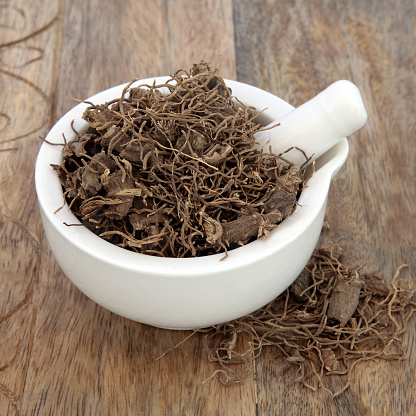 Black cohosh is also utilized for a range of several other purposes like feminine. The data promoting such advantages, though, is not as robust as the proof promoting the menopause and pregnancy effects.

One of these is polycystic ovarian syndrome, also known as PCOS. The odds of getting pregnant for a female with PCOS while taking Clomid could be improved with the addition of black cohosh. When you have PCOS, the treatment of black cohosh can even help manage your menstrual cycles.

Research of three months on a couple of hundred postmenopausal females showed that administering around 40 milligrams of black cohosh every day could reduce the thickness of fibroids in the uterus by an exceptional percentage.

While several suggestions are circulating that black cohosh can assist with PMS or PMDD, there is no clear, supportive proof for this.

Black cohosh may assist in promoting timely menstrual cycles in females with or without PCOS that are undergoing therapies for their infertility therapies such as Clomid intake.

Black cohosh can have a certain useful influence on psychological well-being, especially in women with menopause. Evaluation of a few types of research suggests the consumption of natural remedies for stress and anxiety in women experiencing menopause.

Studies observed that nutrient supplements with black cohosh had little impact on distress, although it was correlated with significant psychiatric symptom changes. However, further research is required before the influence of black cohosh on psychological health is realized.

While there is no proof that black cohosh can enhance sleep, effects that trigger menopausal woman sleep disruptions, like hot flashes, may be decreased.

One minor research of some menopausal women showed that dietary supplementation with black cohosh appeared to increase the length and consistency of sleep.

Some other researches indicated that a mixture of black cohosh and similar compounds like chaste berry, zinc, and hyaluronic acid could enhance insomnia-related hot flashes. Again, it's impossible to tell if the protective component in this combination was black cohosh or either of the other ingredients.

The women experiencing menopause could be at an elevated risk of an excessive increase in weight because their estrogen rates gradually decline. Hypothetically it can have a slightly positive impact on weight control in postmenopausal women as black cohosh might display estrogenic symptoms.

The FDA does not control black cohosh production, and various products and labels vary in potency, price, and intensity. Effective doses are depending on the particular drug, so no regular dosage is known. Therefore, all individuals need to make sure they purchase these goods from a reliable source.

Common black cohosh root dosage knowledge is taken mainly from conventional or hypothetical results. Taking 40-200 milligrams of the plant in a dry state is usually advised, distributed into dosages during the day. Generally, it has been advised that increased concentrations be evenly distributed in 3 doses.

Concentrations of 0.4 to 2 ml of a 60% ethanol solution can be appropriate in solvent or tincture type. For less readily soluble sources of the drug, such as green tea or pigments, concentrations of 1-2 grams are prescribed 3 times a day.

Many tests showed advantages from orally consuming 6.5 to 160 mg of black cohosh for around one year. Several researches found menopause pain reduction in solvent or tincture type, with forty drops of the herbal blend administered orally for approximately six months one or two times a day. 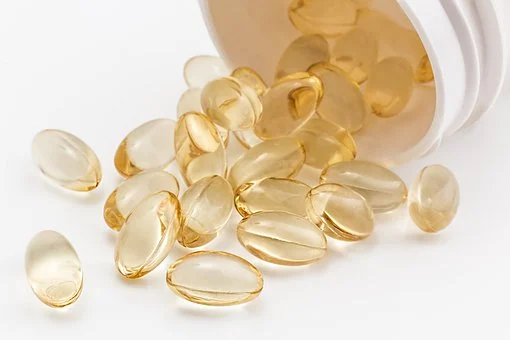 Side Effects of Using Black Cohosh

With limited to reasonable doses of black cohosh the negative impacts are relatively uncommon. Some experiments had fewer than six months after utilizing black cohosh, and we don't know about the long-term consequences. We must identify further studies, and to make sure it's healthy to use.

The rising adverse effects however, include discomfort of the neck, thinking or getting ill, or rashes on the body. Some potential side-effects may involve:

A couple of findings of black cohosh triggering liver toxicity are also available.  It's not certain if black cohosh was liable for the harm to the liver.

Black Cohosh is a relatively recent dietary product on the market; nevertheless, it continues to be particularly effective in improving women 's well-being. That being said, our health must be taken care of.

This is important to speak to the health care professionals regarding the alternative strategies you are using to wellness. You can rend collective, well-informed conclusions together.