Why Should We Take 5-HTP on an Empty Stomach?

5-Hydroxytryptophan otherwise recognized as 5-HTP is a type of protein compound which is normally formed by the body. It is utilized by our body for the formation of serotonin that is a biochemical signal that passes messages through your nerve fibers.

Lower concentrations of serotonin are correlated with stress, depression, chronic fatigue, excess weight, as well as other health concerns. Growing serotonin synthesis in the body will also have different healthful advantages.

For this reason, serotonin-enhancing 5-HTP supplements are becoming extremely common, and we have gathered all the information you need to consume this relatively new supplement.

What do we Know About 5-HTP?

5-HTP or 5-Hydroxytryptophan happens to be a natural component of L-tryptophan, which is a protein forming element. It is also made industrially using the seed of an African flowering plant. 5-HTP is prescribed for sleep disturbances such as restlessness, depression and many other illnesses, although there is no solid medical data to endorse any of these applications. 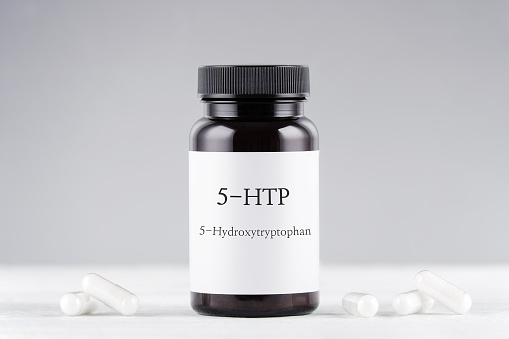 Why Should We Take  5-HTP On An Empty Stomach?

It is generally recommended to always consume 5-HTP on an empty stomach and at least half an hour to one hour after you have had your meal.  Regarding sleep disturbances, consider having one gram of tryptophan or a hundred milligrams of 5-HTP until bedtime. You could also pair it with GABA medication to further enhance the quality of sleep.

What is the Working Mechanism of 5-HTP?

The l-tryptophan that is present in 5-HTP can be acquired by consuming the products that produce it, like animal protein and pork. However, its capacity to translate into 5-HTP and eventually to form serotonin is impaired by the existence of an enzyme known as tryptophan hydroxylase.

Multiple possible reasons, like tension, insulin sensitivity, vitamin B deficiency, and hormonal imbalance, will impair the level of tryptophan hydroxylase in our body. Oral supplementation with 5-HTP overpowers this issue by reducing the requirement to transform l-tryptophan to 5-HTP, hence enabling further 5-HTP production for serotonin synthesis.

The following are some of the fact-based benefits of 5-HTP intake:

5-HTP will help you feel more whole, consuming very little and ultimately losing weight. Weight loss could also enhance the hormones that leave you feeling hungry. These emotions of hunger pangs can, in the longer term, render it very hard to lose weight.

Several other experiments also suggested that 5-HTP enhanced the satiety levels and assisted losing weight in overweight individuals. In fact, laboratory experiments have demonstrated that 5-HTP is capable of decreasing unnecessary food consumption related to stress or distress.

The implications of 5-HTP on depressive side effects were well explored. Although the actual source of stress is widely undefined, a few experts suggest that inequity in serotonin levels can affect your mental state in a manner that results in depressive episodes.

It is assumed that 5-HTP drugs combat stress by growing serotonin rates. Indeed, a few limited researchers have found that 5-HTP lowered depressive side effects. Nevertheless, some of them did not utilize placebos for correlation between restricting the resilience of their research results. Another study also suggested that 5-HTP can help manage depression.

Nevertheless, most of the literature indicates that if paired with certain drugs or psychiatric medicines, the possible antidepressant properties of 5-HTP are greater relative to those administered alone. In fact, several reports agree that further, good-quality trials are required before 5-HTP can be approved as antidepressants.

Oral supplementation with 5-HTP may relieve fibromyalgia complications, a disorder that is marked by bone and muscle discomfort, along with general fatigue. There is actually no apparent source of fibromyalgia, but the link to the disease is reduced serotonin rates.

It has prompted scientists to conclude that rising serotonin rates from 5-HTP supplementation will help fibromyalgia individuals. Preliminary evidence implies that 5-HTP may start improving fibromyalgia health issues, such as muscle aches, sleeplessness, depression, and exhaustion. Nonetheless, inadequate work has been undertaken to draw any definitive details on the efficacy of 5-HTP in improving fibromyalgia's side effects. 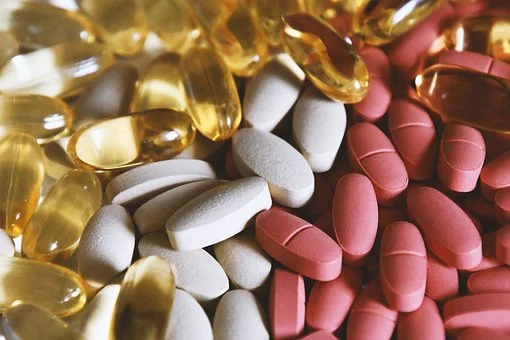 5-HTP is known to assist with migraines that are highly painful and unbearable headaches, sometimes followed with discomfort or sight interference. Although their precise trigger is being questioned, many scientists assume that reduced serotonin rates activate them.

One research in around a hundred people evaluated the potential of 5-HTP to avoid migraines. It was discovered that for a few months, oral supplementation with 5-HTP regularly avoided or considerably reduced the number of migraine episodes in more than half of the people involved.

In some other tests, 5-HTP recorded a considerable reduction in headache incidence in around fifty students. Comparably, several other researchers have considered 5-HTP to be an essential care choice for migrants.

5-HTP develops serotonin and can be transformed to the melatonin hormone. Melatonin is an essential regulator of sleep. Its concentrations start to soar in the night to boost sleep and descend in the morning to assist you in starting waking up. Hence, oral supplementation with 5-HTP can foster sleep by enhancing the levels of melatonin in the body.

Another research found that a mixture of 5-HTP and gamma-aminobutyric acid, also known as GABA, greatly shortened the period required to drift off to sleep, prolonged the length of sleep, and enhanced health. GABA is a biochemical medium promoting a calming effect on the body. It would possibly have a complementary impact when paired with 5-HTP.

Indeed, numerous experiments on animals and insects show that 5-HTP increases the quality of sleep and also that the benefit becomes stronger when paired with GABA. Although these findings are encouraging, it is challenging to suggest 5-HTP for enhancing sleep quality due to the shortage of trials conducted on humans.

Initial work indicates that the consumption of 5-HTP by obese individuals can contribute to minimizing appetite, excess caloric consumption, and weight. Evidence shows that utilizing a special mouth rinse that includes 5-HTP and other ingredients for a month improves weight reduction in postmenopausal women by around forty percent.

New evidence suggests that consuming around a hundred milligrams of 5-HTP every day orally with traditional medications tends to minimize trembling, but such effects only last for up to a few months. Using 5-HTP in higher amounts, coupled with drugs that don't work well together with this compound, tends to exacerbate symptoms.

What are the Conceivable Side Effects of 5-HTP?

While consuming 5-HTP drugs, some people may feel weakness, diarrhea, and abdominal pain. Such adverse effects are dosage-dependent, implying that they grow worse as the dosage rises.

Initiate a daily dosage of around fifty to hundred milligrams twice daily to reduce these adverse reactions and boost the right amount over a duration of half a month. Certain medicines trigger the growth of serotonin. Pairing such drugs with 5-HTP will trigger the body to produce harmful amounts of serotonin. This is known as serotonin syndrome, which is a fatal disease.

Prescription drugs that may raise serotonin rates in the system include some drugs, cold relieving medicine, or stress relievers with a prescription. As 5-HTP may also encourage sleep, its use with prescribed sedative medicines like Klonopin can lead to excessive sleepiness.

Talk to a doctor or physician before consuming 5-HTP medicines, owing to the risk of adverse reactions with other medicines. Look for valid seals, which signify top quality when purchasing supplements. There are third-party firms that guarantee drugs include, without contaminants, everything they say on the bottle. 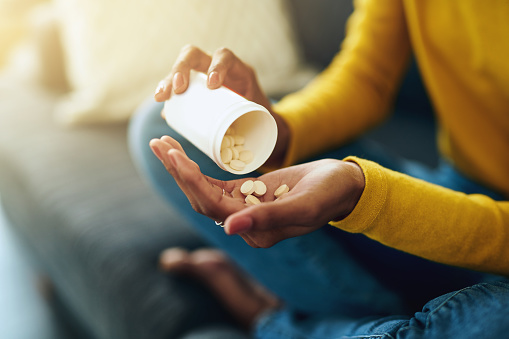 Your body transforms 5-HTP to serotonin, a drug that controls hunger, discomfort, and sleep. Supplementing, this is an excellent means to promote your levels of serotonin. Higher serotonin rates may have other advantages, such as encouraging weight reduction, enhancing depressive symptoms and fibromyalgia, reducing the occurrence of migraines, and making you sleep easier.

Significant adverse effects have been correlated with 5-HTP, which can be reduced by beginning with lower doses and slowly enhancing the concentration. Considering that 5-HTP can interfere adversely with a variety of medications, speak to your physician to ensure that you are healthy to use. And as to why we should take 5-HTP on an empty stomach, it's to avoid any harmful side effects.