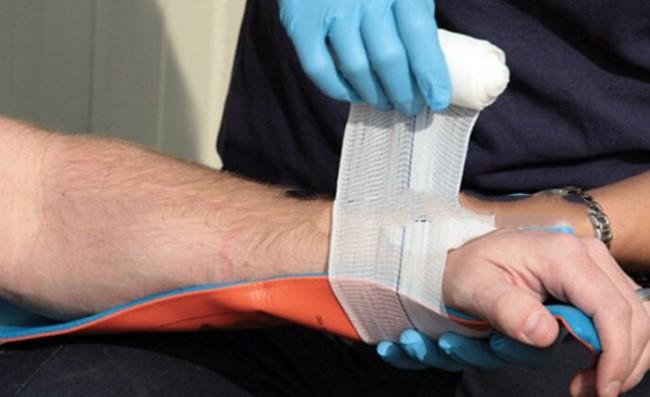 Fractures can occur at every age, and each has typical fractures. Much more may happen without you noticing its symptoms, so you should be aware in advance of what bone fractures are and how their symptoms are and how they can be treated, and this is what we will discuss in this article.

It is a change in the continuity of a building, due to the inability to sustain pressure or because of a force acting on a unit of area. Of the common health problems and without radiation, it is almost impossible to know if the patient has a fracture or not, there are layers of skin, muscle and fat between the bones and some people believe that they can know whether the bone is broken by whether the patient can use the affected area or not.

Symptoms of a broken bone

When the body is exposed to a strong external force that the body cannot resist, the bone is broken or cracked due to its inability to withstand this force, and injuries vary in terms of severity, and bone fractures are very painful for several reasons, such as the presence of nerve endings surrounding the fibers that may be damaged when the bone is broken, Also, broken bones usually bleed blood, causing fluid to accumulate and thus feeling pain. Also, muscle spasms in the area surrounding broken bones may have a role in the occurrence of pain, and pain is one of the symptoms of bone fracture, where there are many others, and symptoms of bone fracture Come:

First aid to break the bone

If an individual suffers a serious injury that led to bone fractures and symptoms of bone fracture appear here, the emergency call must be called, and the emergency should be called in the following cases; Absence of consciousness, or the patient's inability to breathe, an inability to feel the pulse or in cases of severe bleeding, or feeling pain when making any movement, the appearance of an irregularity in the broken part or the emergence of a part of the bone outside the skin, and in these cases it is necessary to perform First aid until the arrival of the medical staff, which is as follows: